Is the title “click-bait?” Well perhaps, but I’ll let you be the judge at the end of the post….

Our original plan was to head over to St. Thomas, perhaps make a quick stop in Blue Chair Bay on St. John as an ode to Kenny Chesney, and then head over to St. Croix, the US Virgin Island that hardly anyone visits. Then from St. Croix, head back up to St. Martin. That was the plan.

With Michelle finally back on the boat after her boating vacation with her sisters and Mom in California, we made the 25 mile run to Charlotte Amalie on St. Thomas, and had the anchor down in the harbor by mid-afternoon. We spent a couple of days anchored in this super crowded and busy harbor, enjoying the stores and restaurants, then headed over to Saint Francis Bay on Saint John.

Many of the anchorages on St. John are federal parks which is good and bad. They offer well maintained and inexpensive moorings and the beaches and parks are clean and maintained by the US government. AND, the US government has some crazy rules, like no dogs on the beaches and no dinghy anchoring off the beaches. So that’s a problem for us. Our dogs love the beach and they’re used to going ashore to exercise and do their business. Our dinghy is heavy at around 900 pounds, so we can’t pull it up on the beach. I usually drop a stern anchor out as we’re approaching shore and then put an anchor out on the beach and if I do it right, the dinghy hovers 3-10 feet off the beach in water deep enough to keep it afloat yet shallow enough to get back aboard without getting too wet.

So when we arrived, I read in the cruising guide that there was a private beach between the east and west ends of the park and it looked to me like that was not park land, so we were taking the dogs to that beach and anchoring the dinghy like we usually, assuming we had the right to do that. No one said anything for a couple of days, then the park host saw us and kicked us off the beach. After that, we tried to follow the rules, but that meant Michelle had to go with me to walk the dogs. The only option was to use the access road leading to the west beach. To do this, I’d bring the dinghy up to the beach and Michelle would jump off with the dogs and run them 50 yards up to the public road, which was narrow with blind turns making it dangerous to walk, plus there was almost no grass. Meanwhile I hovered just off shore, waiting for her to return. Nope, that didn’t work for us, thus ending our access to most of St. John. That was very disappointing because St. John is a really beautiful island and we had looked forward to spending some time exploring.

The next morning we headed to Vessup Bay and the town of Red Hook on the east end of St. Thomas, anchoring as close as we could to the Veterinarian we needed to visit so we could get our pups their health permits and exit paperwork so we could import them in to the next non-US island we stopped at. Vessup Bay is a horrible anchorage in the winter. There is zero coverage from the prevailing breeze and the fetch made the anchorage pretty uncomfortable. On the positive side, there are a couple of good protected beaches that we could dinghy to on the south side of the anchorage so that we could get the dogs off the boat for their walks.

As an experiment, we set one flopper stopper out on the starboard boom (like we normally do) and launched our port side flopper stopper off the bow to see if that would help reduce the hobby horsing we were experiencing. It did help some, but the next time we do that, I’ll use a bridle system for the anchor, connecting the anchor chain to lines running to the two bow cleats mounted on the port and starboard sides. Usually, we attach the anchor chain to a snubber that is connected to the bow eye, down at the water level. The snubber made it difficult to launch and retrieve the flopper stopper from the bow.

There are moorings further up in to Red Hook, but they’re not built for boats as large/heavy as Roam. The chart shows there to be some room to anchor deep up in Vessup Bay, but we found that to be taken by derelict and sunken boats.

We were a couple of days early for our vet appointment, so we made a grocery run, stopped in at Budget Marine to contribute a Boat Buck or two, and had a couple of good meals. I also found a good deal on a spare scuba regulator and dive computer set at the local dive shop.

The Vet Michelle chose was a dinghy ride, plus a short, but wild taxi ride up and over the hill. It was a walkable distance, but there were no sidewalks and the road was narrow with several blind turns. We did walk up that way without the dogs and we regretted it — and we hired a taxi to get back to the dinghy!

We explained our travel plans to the Vet and she recommended that we would have less hassle down island if we had a BVI Health Certificate. Her logic seemed reasonable and armed with US Health Certificates to get in to the BVI, our plans suddenly changed. We had decided to skip the BVI because having charted there several times in the past, we seen enough of that island group. This new plan meant that we couldn’t go to St. Croix.

And that’s how we ended up spending 2 weeks in the BVI — and loving every minute of it! SURPRISE? (I told you it was click bait!!)

When I started working on this blog post, I was surprised that I didn’t take one single picture while we were in the US Virgins and, Spoiler Alert, I only took a couple in the British Virgins…

Next up: We revisit the British Virgins and I get to do some Scuba Diving! 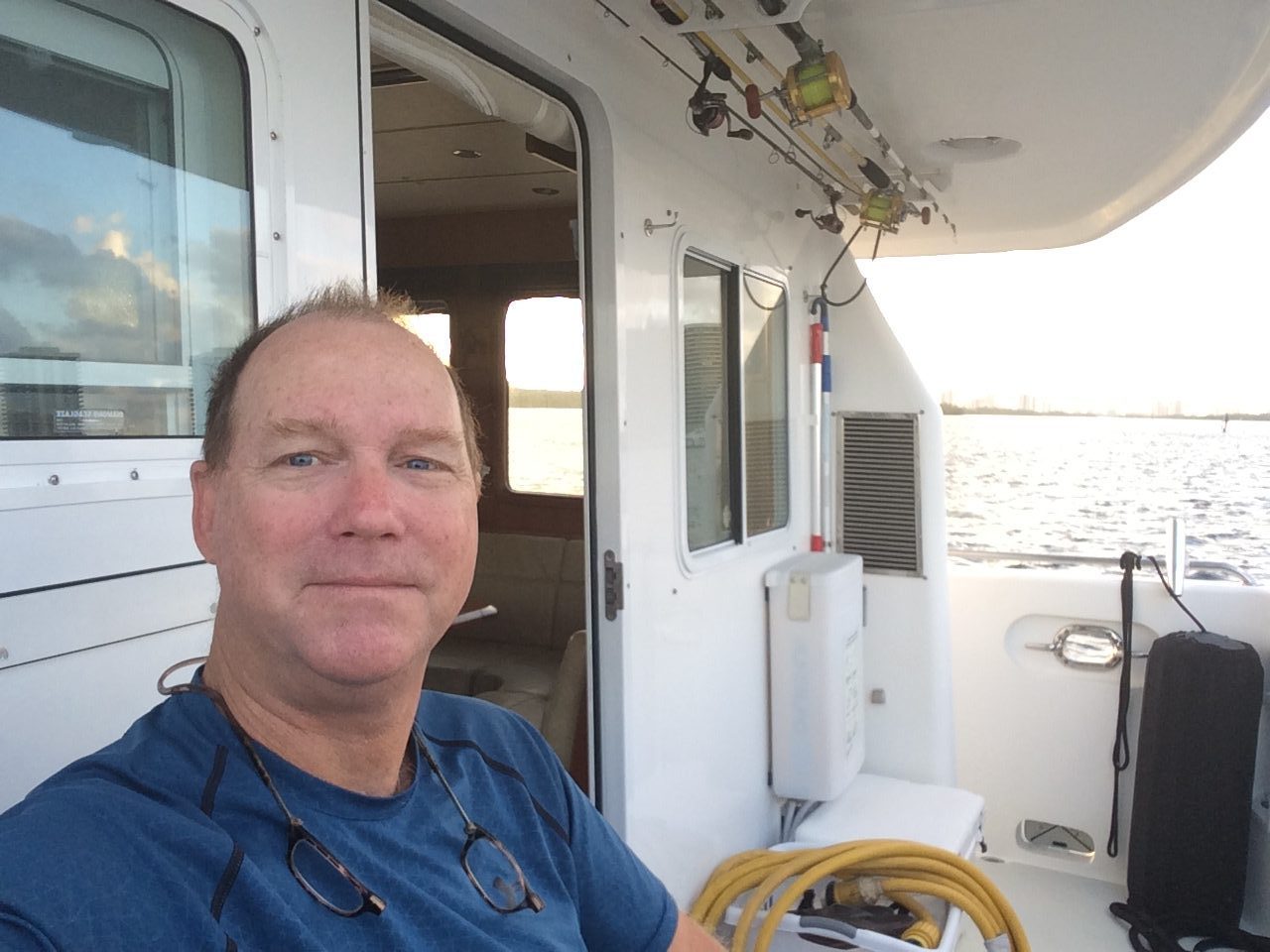