I won’t bore you with log entries for the 4 1/2 day trip from St. Georges, Bermuda to Lunenburg, Nova Scotia, other than to say that the distance was 725 miles, we made the trip in relatively benign weather and like all good extended passages, it was MOSTLY boring (that’s a good thing).

Occasionally, we’ll cross paths with a boat or ship that adds some excitement to the day for us (and for them). On day 3 we had to alter course and steam 8-10 miles out of our way to avoid the 10 miles of long lines that the fishing vessel “Hindsight 20/20” had out, fishing for Swordfish. 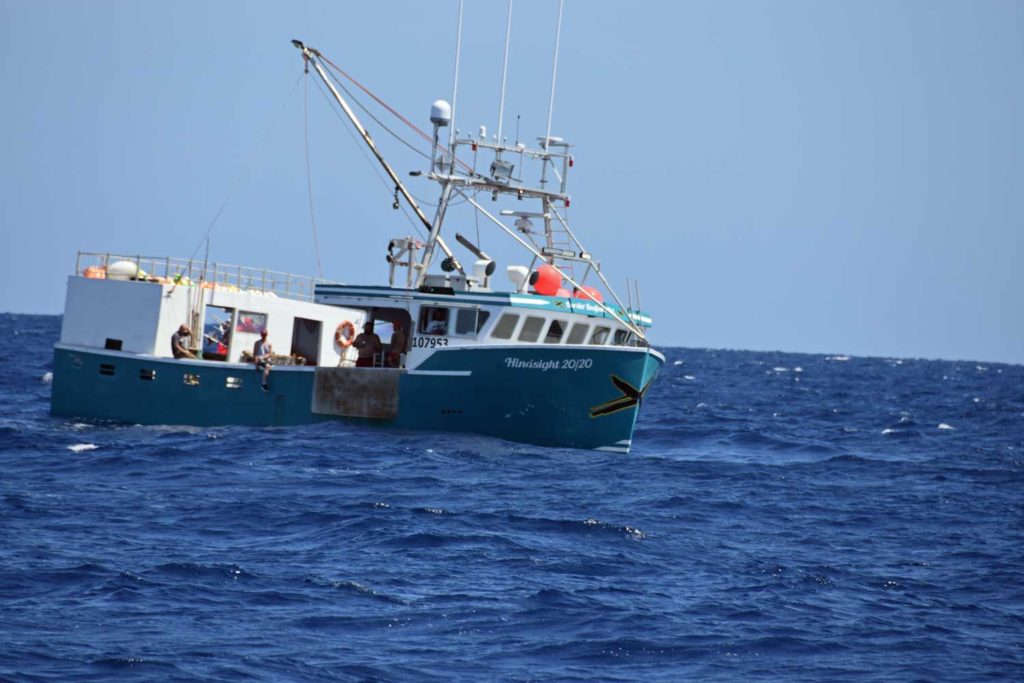 If the weather is decent, we’ll put fishing lines out, hoping for a Dorado, Tuna, or Wahoo. We didn’t catch any fish on this trip, but we did hook a couple of Blue Marlin. The first was probably 150-200 pounds and we should have landed it, but I wasn’t patient enough and I didn’t get the hook set properly. After 3-4 great jumps, he was able to throw the hook and then tail-walk in to the distance, showing off his freedom!

We hooked our second Marlin a day later. Mark got the hook set perfectly on this whopper of a Blue Marlin (probably 350-450 pounds), but he was quickly taking all the line off the reel when he made a spectacular jump and we believe his rough tail cut the line and he was free!

We got another strike the next day, but unfortunately no one aboard heard or saw it until all the line had been pulled off the reel. Mark says it was a monster Swordfish, but I choose to believe it was a 250+ Pound Bluefin Tuna. Whatever it was, it is pulling around 500 yards of 30 pound test monofilament tonight!

We arrived in Lunenburg, Nova Scotia at around 5:30 PM after 4 1/2 days and 730 miles. We had a great passage with mostly calm or near calm weather. The next adventure aboard ROAM begins… 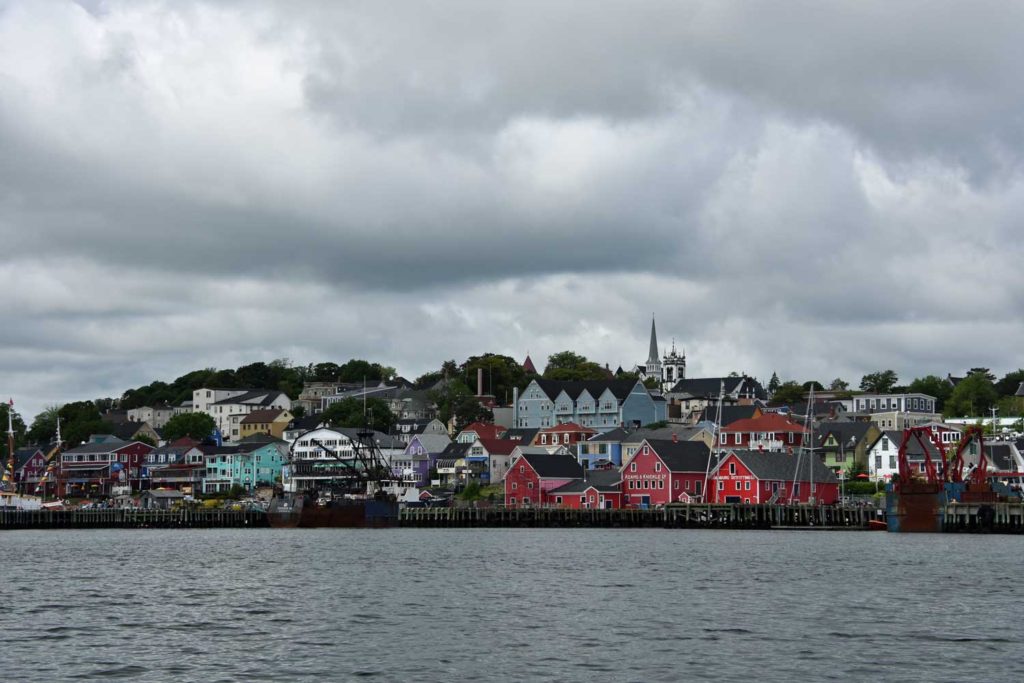 Tug Boat and Sailor have adapted well to the cruising life. Everyone asks us,”Where they do their business?” We have a couple of pieces of astro turf that we put down for them. One is kept in the aft cockpit and a second is in the master suite shower (to be used only if it’s too rough or wet to use the cockpit “Potty”). They would prefer to go ashore so they can sniff grass and hike a leg, but they’ve decided that it’s ok to go aboard if there is no other option.

One Reply to “Bermuda to Lunenburg Nova Scotia”